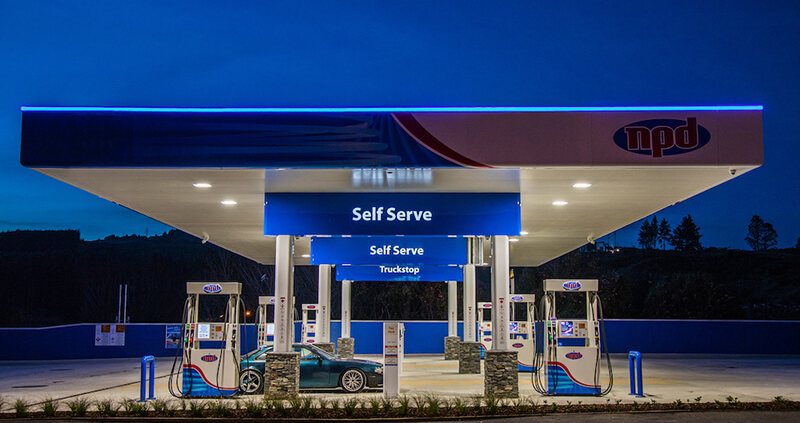 The first sites, in Porirua near Wellington and in New Plymouth, will be open by the end of the year. Chief executive Barry Sheridan says NPD believes North Island fuel prices are currently too high and have been for some time.

“We aim to bring more competitive fuel pricing to the North Island as we have in the South Island.”

“Our data analysis clearly shows that North Island motorists are paying too much for their fuel – we see this as an opportunity to bring greater levels of competition and significantly lower pump prices for motorists.”

“Even with the Auckland regional fuel tax removed, the price of unleaded 91 last week was on average about 15c a litre cheaper in Christchurch than Auckland. On other occasions, the differential has been as high as 30c a litre. In Porirua last week, prices were approximately 32c a litre more than Christchurch.”

“We expect that other fuel companies in the North Island will react to this announcement by lowering their pump prices – particularly as we get closer to the opening our new sites. We have experienced this in many communities around the South Island prior to our sites opening. The end result is fantastic for motorists with strong cash savings at the pump,” Sheridan says. NPD envisages its expansion into the North Island will contribute to more evenly aligned pump pricing, with greater cash savings, throughout New Zealand. 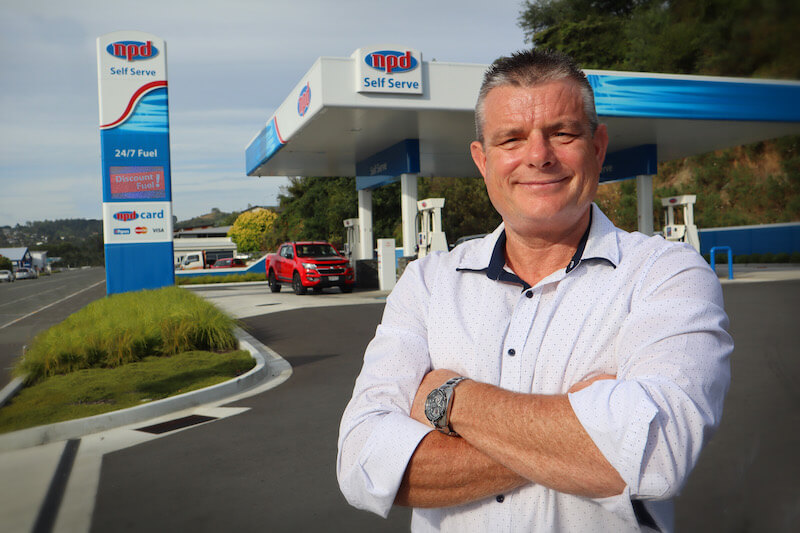 “We have currently committed to six high-profile sites, five of which are under contract. They provide us with a strong immediate geographic spread throughout the North Island and include Hamilton, Porirua near Wellington, Palmerston North, New Plymouth and two in Auckland.” Sheridan says NPD is actively searching for further potential sites that will bring value to both its network and the surrounding communities.

NPD’s high-profile designs have a strong emphasis on customers’ needs.

“They are user friendly with full weather protective canopies, multiple refuelling locations, spacious forecourts with ease in access and exiting along with effective lighting for the safety and convenience of all motorists,” Sheridan says. 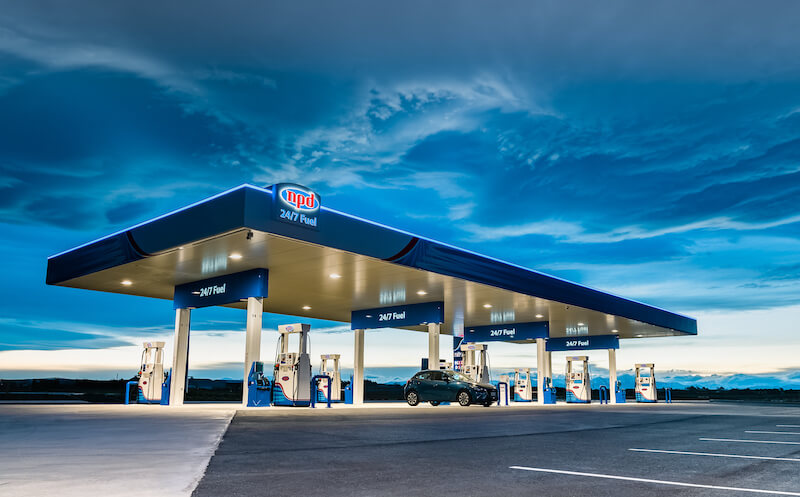 Over the past few years, NPD has systematically expanded its network throughout the South Island. It now has 70 sites with a further 16 to be completed in the South Island over the next 12 months. NPD hasn’t just confined its expansion to the main centres; it is also supporting smaller communities that have not previously enjoyed the same discounts as their urban counterparts.

Sheridan says that with NPD’s southern network nearly complete, the time was right to start making a difference in the North Island.

“Our North Island sites will be premium Self Serve sites – this site model allows NPD to offer cheaper fuel that will make a positive difference in the weekly budgets of families. “We have strategically developed our network around the South Island to provide convenience and value to motorists – a lot of people are now recognising and benefiting from the impact NPD has created in the retail fuel market.” In its retail fuel market report last year, the Commerce Commission also acknowledged and commented specifically on NPD’s positive effect in the market.

Sheridan welcomes the Government’s recently announced legislative changes for the fuel industry. “Competition is healthy, anything that brings more transparency to the industry will be better for Kiwi motorists.”

NPD is a family-owned, Nelson-based fuel retailer. Previously known as Nelson Petroleum Distributors, NPD’s origins date back to the 1960s when the fledgling business was a contractor carrier for Mobil fuels and Castrol lubricants. In 1996, NPD became a wholesale distributor for Mobil – at that stage, it had 11 retail sites and two trucks. Now it is a major fuel distributor in its own right with over 70 sites.

Its sites are a mix of Self Serve and staffed retail outlets that incorporate NPD’s Refresh Café. All are designed with a spacious forecourt, large canopy for weather protection, CCTV cameras and good lighting for security.

Throughout its growth, NPD has been careful to retain its strong family values with a reputation built on catering for customer needs. Its profits stay in New Zealand and are re-invested into development and local jobs – NPD now employs more than 150 staff.